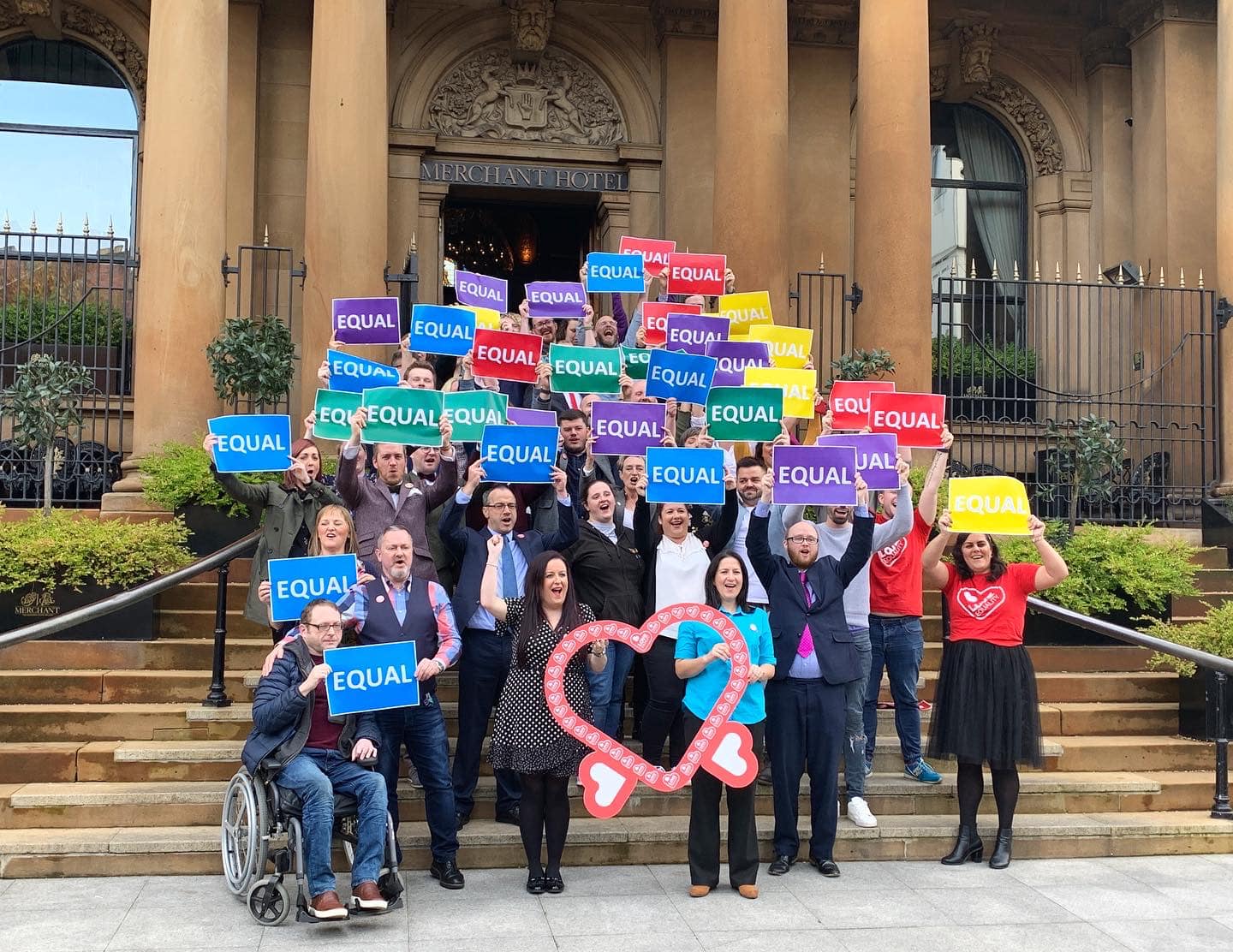 Established in 1979, the NXF is the oldest lesbian, gay, bisexual and transgender (LGBT) NGO in Ireland. The NXF publishes Gay Community News (GCN) and campaigns for the equal rights of, and to combat discrimination against, LGBT people in Ireland & internationally.

GCN is Ireland’s longest-running free national monthly publication for the lesbian, gay, bisexual and transgender LGBT community. The remit of GCN is to give its readers access to a greater sense of community, to educate and inform them about political issues pertinent to their lives, to disseminate information about LGBT community initiatives, to champion Irish LGBT rights, to celebrate and support Irish LGBT culture, and to entertain, all free of charge.

Advocacy and Campaigning
The NXF is a registered charity and a not-for-profit company. Strategic direction of the organisation is provided by the NXF Board. The NXF has a sustained track record of more than 30 years of campaigning and advocacy in working to further equality. The organisation influences policy development at national and international levels to promote equality for LGBT people through active involvement in civil society.

Far from Home: Life as an LGBT Migrant in Ireland

“Far from Home: Life as an LGBT Migrant in Ireland” was launched by the NXF (Thursday, November 8th 2018) at the Science Gallery, Dublin.

In 2015 after decades of activism, marriage equality and gender recognition was achieved. Following these momentous gains, the focus turned to “what’s next for LGBT Ireland and what’s important to YOU “? Minister of State David Stanton TD officially launched the findings of the largest consultation of the LGBT community ever undertaken in Ireland on Wednesday, 29 June in the Wood Quay Venue in Dublin City Council. The Burning Issues II report highlighted the following issues and followed on from Burning Issues I (2009)

In Spring 2009, the NXF conducted the first in-depth research initiative to gauge and explore the attitudes and opinions of the entire LGBT community in Ireland. ‘Burning Issues: Listening to the Voices of the LGBT Community in Ireland’, was a seminal-scoping study that provided a comprehensive evidence base of the political, social and equality issues of central importance to Irish LGBT people.

This research project was partly funded by the Equality Authority through the EU Progress Programme.

Symposia on Civil Partnership and Civil Marriage
The NXF organised two very successful symposia in 2007 and 2009 on the issue of same-sex partnership and marriage rights that made an important contribution to the internal dialogue within the LGBT community and the political and national debate around these issues prior to the introduction of the Civil Partnership legislation. The symposia were funded by the Equality Authority through the EU Progress Programme.

In March 2013 the NXF, in conjunction with Dublin City Council Social Inclusion Unit and The Community Foundation for Ireland, organised ‘Outing Exclusion’. This was the first conference in Ireland to examine the issues of poverty and social exclusion in the LGBT community. The event highlighted how issues relating to poverty, economic inequality and multiple disadvantage impact upon LGBT people.

The conference also acted as a platform for LGBT organisations and anti-poverty organisations to discuss solutions to address poverty and inequality amongst LGBT people. The conference was opened by the Polish MP, Anna Grodzka, who discussed the need to tackle social exclusion by reasserting the importance of human need in politics and regulating the worst excesses of corporate and financial greed which stunts democracy and human rights.

Submission to the Constitutional Convention

The NXF made a submission to the Constitutional Convention regarding extending of equal marriage rights to same-sex couples. The following month, Convention delegates met to discuss the issue, and voted by an overwhelming 79% to recommend to government that marriage equality for same-sex couples not only be provided for but enshrined as a constitutional right.

Although the NXF strongly maintains that this basic civil right should be legislated for as a matter of urgency and not subject to a referendum, the organisation will be joining with the many other LGBT and civil society groups in campaigning vigorously for a ‘Yes’ vote. 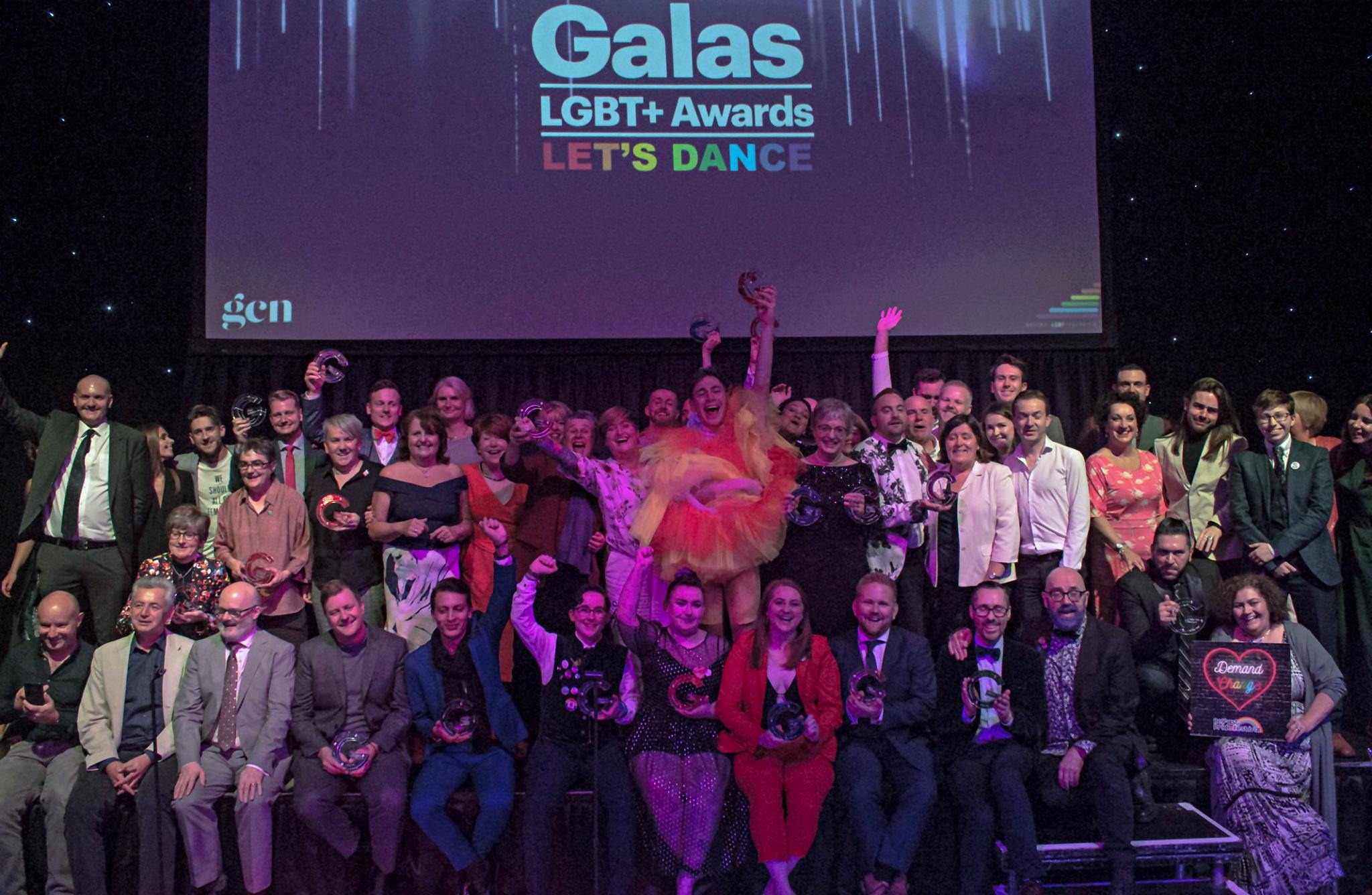 Honouring the LGBT Community and Friends of the Community

The GALAS are an annual awards ceremony which was set up by the NXF in 2009 to honour lesbians, gay men, bisexual and transgender people and organisations for their contributions to Irish society. The GALAs have a particular focus on acknowledging the vital work of the unpaid community activists who give freely of their time to help end discrimination and champion equality for LGBT people. The awards – now in their fourth year – also honour politicians, employers, journalists and others who are committed to advancing equality for LGBT people in Ireland and internationally.

The Irish Queer Archive- a vast collection of material which provides fascinating and valuable insights into the social, cultural and political history of the LGBT communities in and Irish and international context during the latter half of the 20th century- was donated by the NXF to the National Library of Ireland in 20018.

The Irish Queer Archive contains the most comprehensive collection of material in Ireland relating to homosexuality and general queer studies. There are over a quarter million press cuttings from the late 1960s onwards, a library of over 250 international titles (the earliest, a US title, dates from 1951), a complete set of every every lesbian/gay title published since 1974 on the island of Ireland, and a fascinating collection of audio-visual material, photographs and slides, flyers, posters, badges and other ephemera.

The IQA is housed at the National Library of Ireland and is the main repository for historical information on Irish LGBT communities. Tonie Walsh and the Advisory Group oversee the Archives. The IQA Advisory Group is an information and educational support resource set up to help develop and exploit the NLI collection. IQA is a living archive and continues to accept donations and deposits.If you have a query regarding any aspect of the collections please contact NLI in the first instance or Tonie Walsh: irishqueerarchive@ireland.com

In October 2012 the NXF held their 1st National Coming Out Day event, hosting a screening of the documentary film ‘TransAction’ about the personal journey of Polish Transgender MP Anna Grodzka .

In October 2013, the NXF and Outhouse ran an information session for those who wanted to find out more or support someone they know in the process of Coming Out. This was followed by a joint initiative with the drama group ‘Acting Out’ where short plays were commissioned on the theme of ‘coming out’, culminating in ‘Making Out’.